LEAP FROM YOUR COMFORT INTO 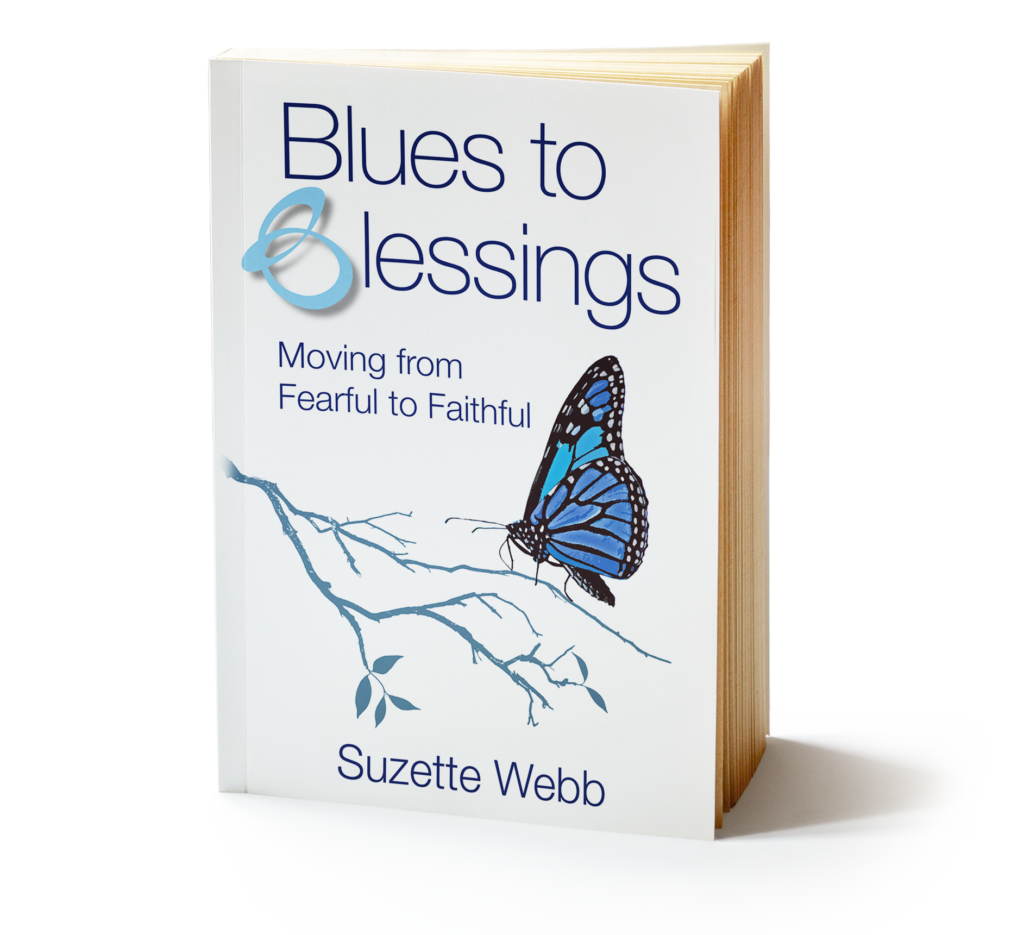 Are you feeling trapped between who you must be and who you desire to be?

Do you find yourself portraying the appearance of success while struggling to be fulfilled by purpose?

Would you like to rediscover yourself and deepen your connection with God?

With soul-baring candor, engaging wit and precise scriptural references, Suzette will help you to:

I LOVED, LOVED, LOVED this book! It was an easy read and a page turner that kept me wanting more and more.  I felt a sense of oneness with the author when it felt like she was telling parts of my life story verbatim.  I could not put it down.  I found that every chapter gave me a new perspective and a solution.  This book will always be a part of my inspirational reads.

Blues to Blessings was actually birthed at Suzette Webb’s house in New Orleans in 1996. Webb’s first book Moments of Truth: A Spiritual Journey and Journal for Everyday Life Encounters, an affirmations book, was self-published one year later. The second affirmation of the book was “Blues to Blessings.”

When Suzette wrote Moments of Truth, she originally wanted to get a little more creative with ways to inspire people. She always wanted to inspire them to look up, and not down in life. She just felt like the church wasn’t getting it, and she saw that some of the traditional books would talk about it, but didn’t seem to address applicability and tangibility.

In retrospect, she knows she was truly writing to herself. Because she was searching for herself, she knew there had to be other people looking for themselves.

When she wrote page 6 of Moments of Truth, she developed the phrase “Blues to Blessings.” She was home alone and simply trying to think of something catchy that would end on a high note.

What would happen next, Suzette herself could have never imagined.

When Hurricane Katrina hit New Orleans, Suzette’s hometown, in August 2005, she immediately responded with a desire to help. She returned to her hometown believing that she had a message for them.

As she went down to New Orleans to lift the citizens who had just been through such a tremendous fight, she was struck by the courage of the city’s people. The strength of the spirit of New Orleans ministered to her soul. There was a resilience that she didn’t even believe the people there knew they had until it was put to the test. That fortitude and resilience ended up being a blessing to her.

Having written a book once and believing she could do it better the second time around, she was inspired to write another book.

Suzette considered developing a website where people could become inspired. In 2005, Suzette launched a website that looked almost like a magazine with a cluttered layout that just didn’t work. In 2006, she began outlining a book and tried to write it in tandem with her website efforts. After being advised to wait, as she personally may not have been ready to write a book, Suzette chose to work more on the site.

Redeveloping the website into a different format, which would become a community forum of inspired and inspiring users, she launched the beta site. Shortly thereafter, in 2007, Suzette and her close friend Vicky flew to New York to meet a talented friend Janet, and Suzette asked Janet for feedback on her website. Her response was surprising.

“Why don’t you just be who you are?” she asked.

Janet noted that the tone of the site was obviously spiritual in nature but never fully addressed. The full message that Suzette was trying to deliver was not clear. She also insisted that Suzette writing a book would truly be needed.

What Suzette heard in Janet’s feedback was a loud and clear message to be who she was called to be. One year later, she came to grips with understanding that the site wouldn’t be sufficient. If she really wanted to reach a larger audience, she could do it better with a book instead of just a website. The website would remain running for a few more years.

In July 2009, Suzette woke up to go for a run, and heard God’s voice clearly about writing her book,

“This is a book about faith.”

Needless to say, it turned that morning’s run into a closer walk with God. The next day, while driving in the car, Suzette heard from the Lord again.

“This book isn’t about telling people to look up and not down. This is about having them turn to Me.”

Suzette never doubted that she heard the Lord’s voice that day. Her work and the spiritual growth she experienced personally while writing the book were confirmation that God’s plan was decided and clear.

A School of Higher Learning

In 2011, she began to write again and started to cultivate her work. In 2012, she took the site down and focused exclusively on her book. Working hand-in-hand with her editor Ashley to create 40 beautiful chapters, pieces of which she would call blessings to both herself and others.

The book would be a labor of love. Writing tirelessly for the women and men who felt like she did, who struggled in the same way she had, Suzette would pour her heart, soul, and mind into a chronicle of her transformation. Little did she know that writing the book would actually be part of the transformation that the book would come to be about. And so began Blues to Blessings: from Fearful to Faithful, a story that was begun before Suzette herself even knew the ending, a book so unpredictable that it would write the author as she wrote it.

After 18 Years, Suzette Webb releases Blues to Blessings to the world Easter 2015. With a goal of touching souls and a firm belief that God’s message will strongly move forward, she eagerly anticipates watching Blues to Blessings take on a life of its own… 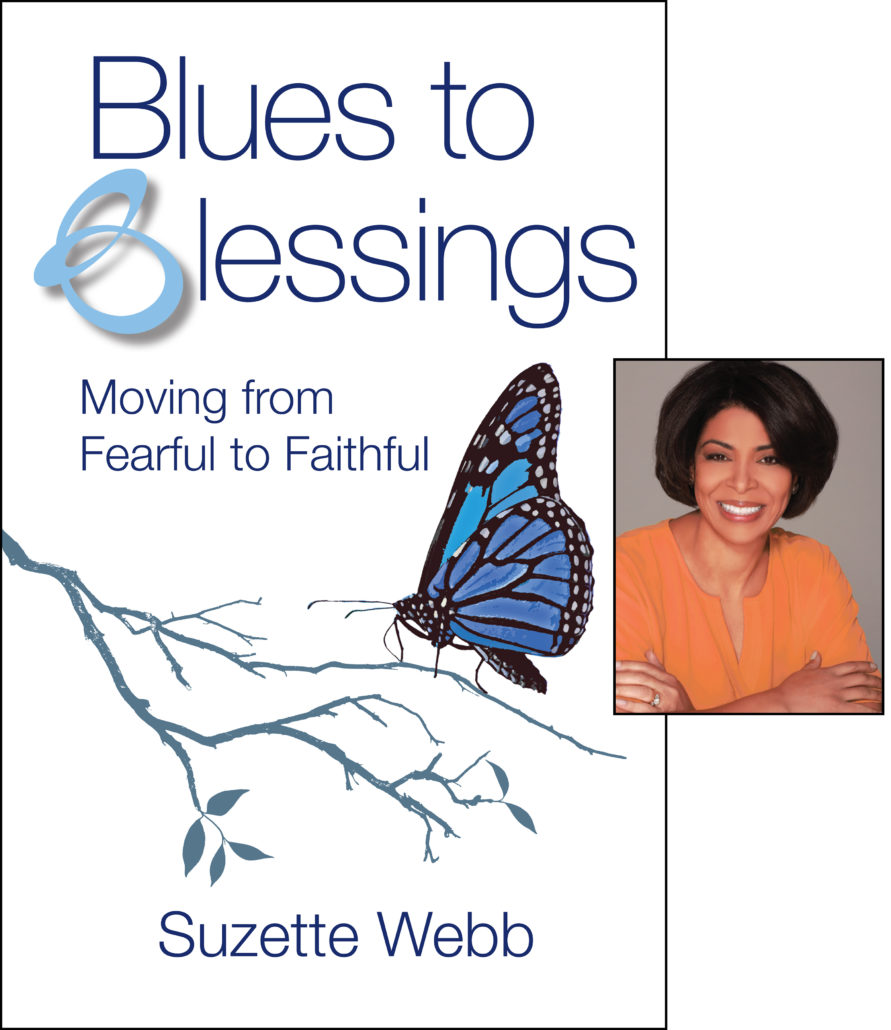 These are our B moments.

Receive inspiring wisdom and peace in your inbox today!