Act As If Your Prayer Has Already Been Answered 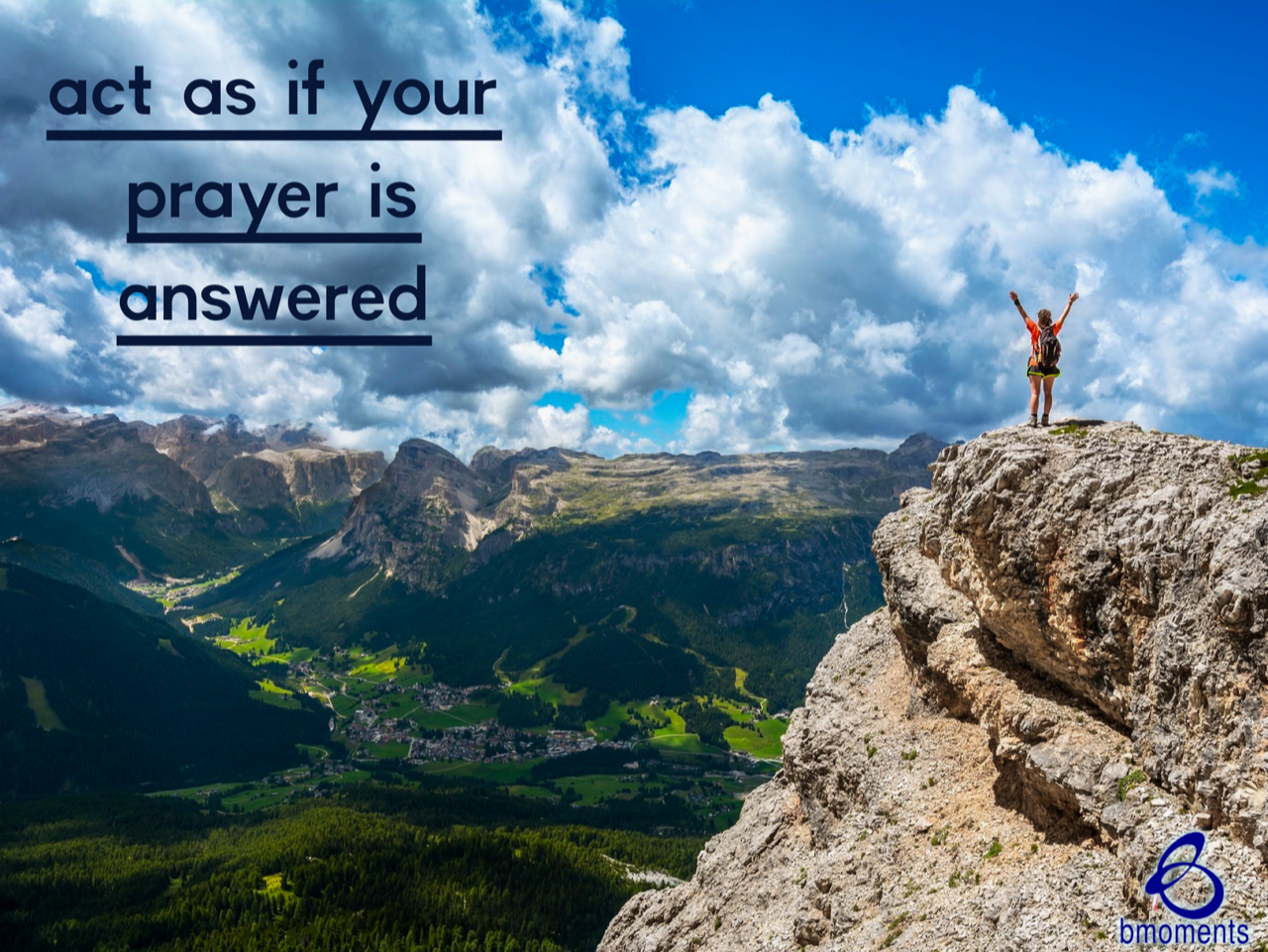 Today I am inspiring you to act as if your prayer has been answered.

By now, if you’ve been listening, you know that the Blues to Blessings website was recently hacked into and I was told that all content had been lost. Refusing to accept this verdict, I immediately began to pray. I then called the hosting company three separate times. During the third call, I was transferred to John.

First, I thanked God. Second, I visualized myself walking in the door and, before even putting my purse down, I visualized saying to my husband, “Honey, God restored the site!” In my head, I was already writing John’s rave review. I was acting as if my prayer had been answered before it was.

Elisha knew the power of acting as if his prayer was already answered, and sure enough, a mighty rainstorm soon followed. As you reflect on that, hold onto these words: “But let him ask in faith, with no doubting, for the one who doubts is like a wave of the sea that is driven and tossed by the wind.” James 1:6 (ESV)

So today, act as if your prayer has been answered.