Allow God’s Promises to Sustain You

By: Suzette|Published on: Sep 24, 2022|Categories: Staying With It, Strong Foundation| 0 comments 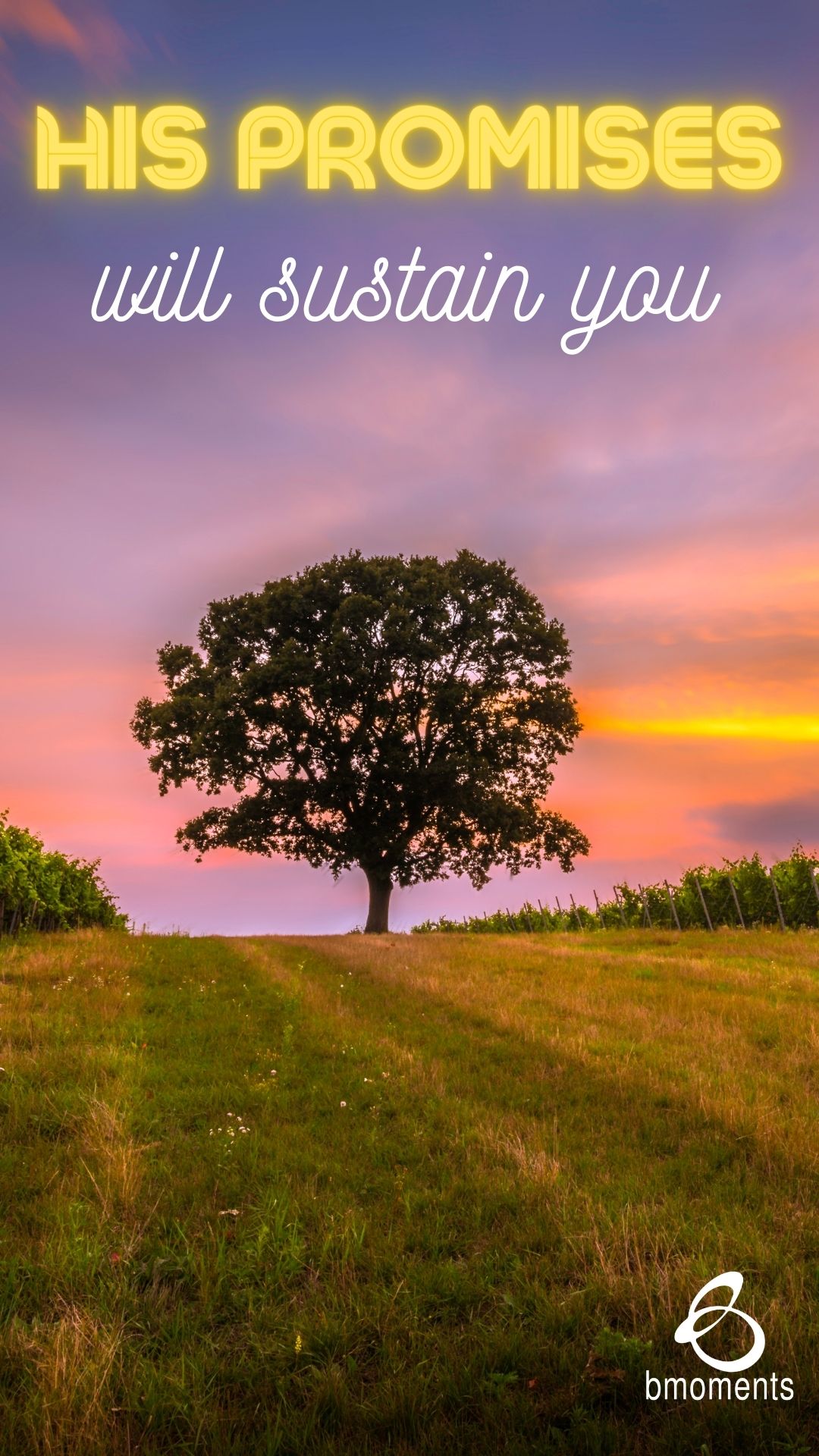 Today I am encouraging you to allow God’s promises to sustain you.

Sometimes you might become discouraged by what you see in the moment and talk yourself out of believing in God’s promises. In fact, this is exactly what happened to the Israelites when they were on their way to the Promised Land.

God instructed Moses to send twelve tribal leaders to explore Canaan, otherwise known as the Promised Land, so that they could come back and give Moses a full report on what the land looked like. The twelve leaders came back with a glowing report. They said the land was magnificent and that it truly was overflowing with milk and honey.

However, the leaders were also overwhelmingly frightened of the residents of the land. They thought the city was advanced and well-fortified with giant, strong people who could overtake them at any time. In their minds, they could not believe there was any way of conquering Canaan. They doubted God and wanted to return to Egypt, a place they knew very well.

This situation is almost unthinkable though because they had just witnessed God parting the Red Sea for them. They saw what He was capable of, but they still doubted Him. These leaders were gripped by fear and didn’t allow God’s promises to sustain them in facing the unknown.

So, the next time you are trusting in God’s promises but see something that causes doubt to creep in remember these few words, “All that’s required is that you really believe and do not doubt in your heart.” Mark 11:23 (NLT)

So today, His promises will sustain you.