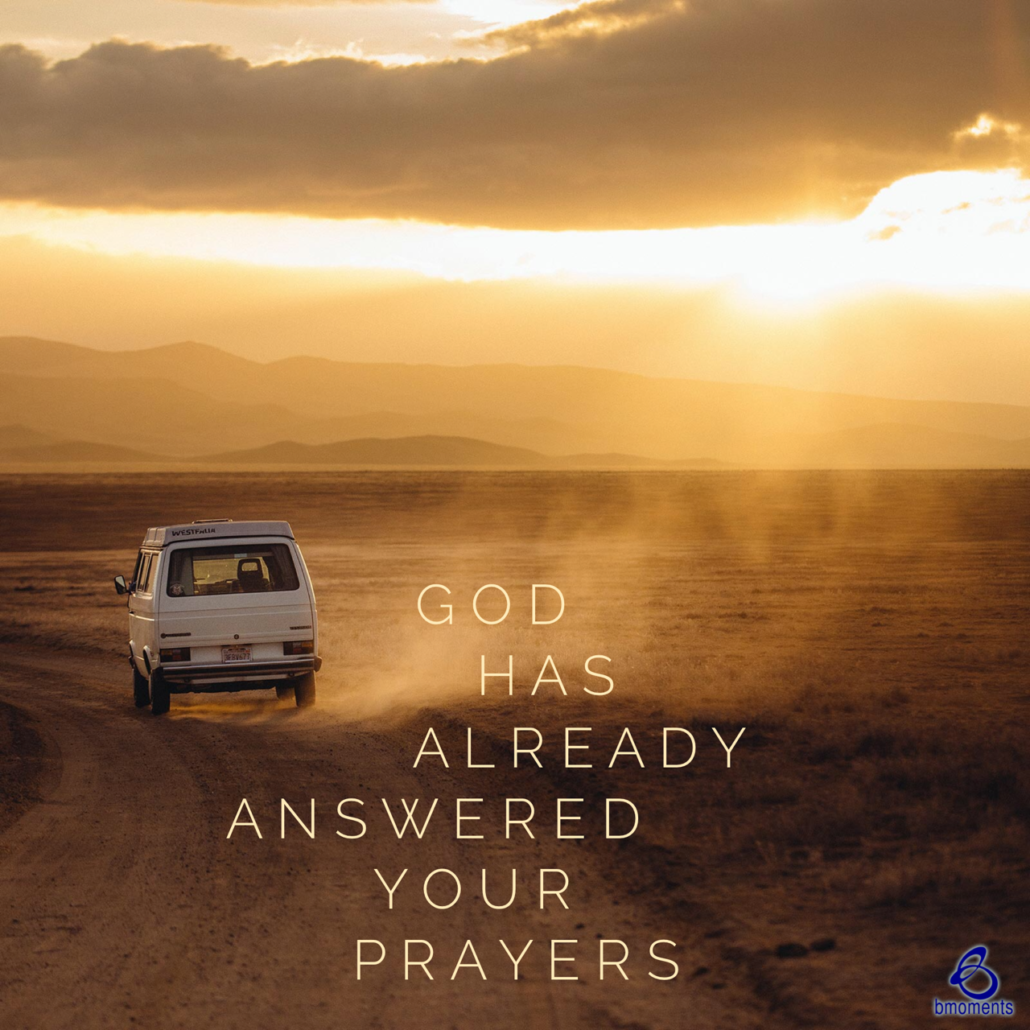 Today, I am thinking about how it is already done. In other words, God has already answered our prayer; we simply haven’t seen it yet.

I had this thought as I was reading in John 4 about a government official who asked Jesus to heal his son. The passage detailed how the official pleaded with Christ to quickly go to his house before his little boy died.

Jesus, however, responded that the official should go back home and told him that his son would live. The man believed Jesus and started on his way home.

While on his journey back, some of his servants met him on the road with the news that his son was alive and well.

After rejoicing, the official asked his servants when his son began to feel better. The servants told him that the day before at around 1:00, his fever suddenly disappeared.

The man then realized that Jesus had told him that his son would live at precisely the same time that day.

When I read this, all I could think was, it is already done. I sincerely believe that there are times when we kneel in prayer and, before we even get up, God has already answered our prayer; we just haven’t seen it yet.

Just as God answered the official’s prayer in that instant, we should be encouraged that He is doing the same in our lives. The next time uncertainty creeps in about whether God has heard or answered one of our prayers, let us cling to these words: “Before they call I will answer; while they are yet speaking, I will hear.” Isaiah 65:24 (ESV)

So today, know this: it is already done.