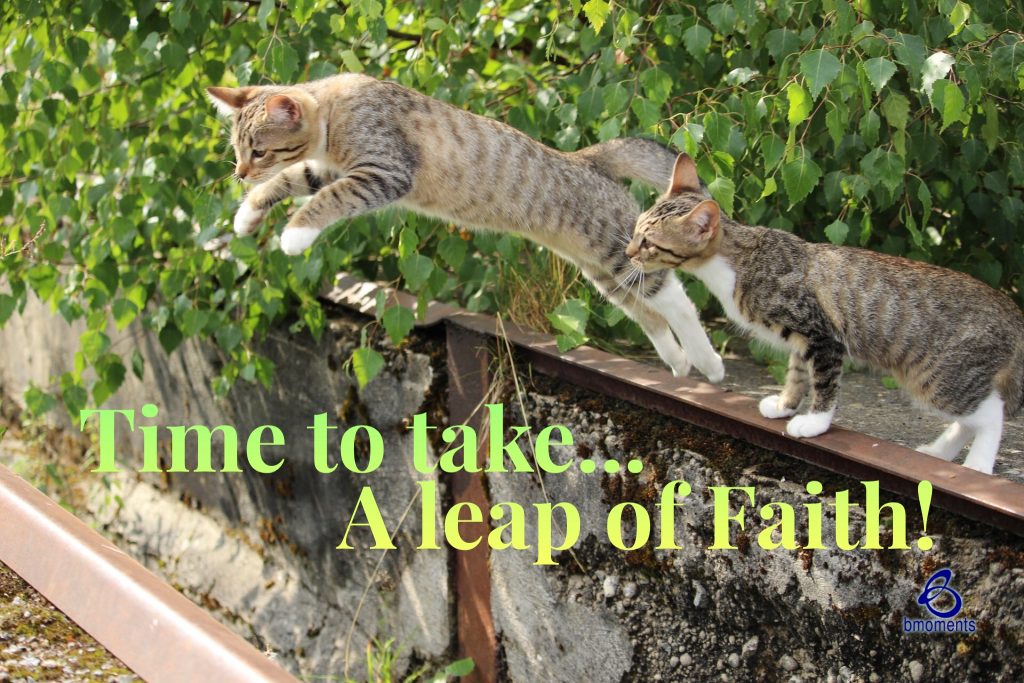 Today I have been thinking about how I’ve been waiting on God, but He is likely waiting on me.  It’s much easier to pray and ask God to open a new door than it is sometimes to cross the threshold of that new door.  Crossing the threshold usually means saying goodbye to the old, or to those things that no longer serve our well being.

The question is – “Do we keep God waiting, or do we take that leap of faith?”

When I turn to the Scriptures, I can’t help but think about Gideon’s testimony.  Gideon was chosen by God to defeat the Midianites, an army that significantly outnumbered Gideon’s forces. When the Angel of the Lord appeared to Gideon the first time, he was hiding in a wine-press which was below the ground.

What’s interesting is that the Angel called out to Gideon (while he was still in the wine-press) as “mighty warrior.” In order for Gideon to live up to his new title, he would have to leave his comfort, which was the wine-press for the battlefield.

The words that I use to encourage me, and to make sure that God is not waiting on me are, “I can do all things through Christ who strengthens me.” Phillipians 4:13