God Will Ensure You Have Enough 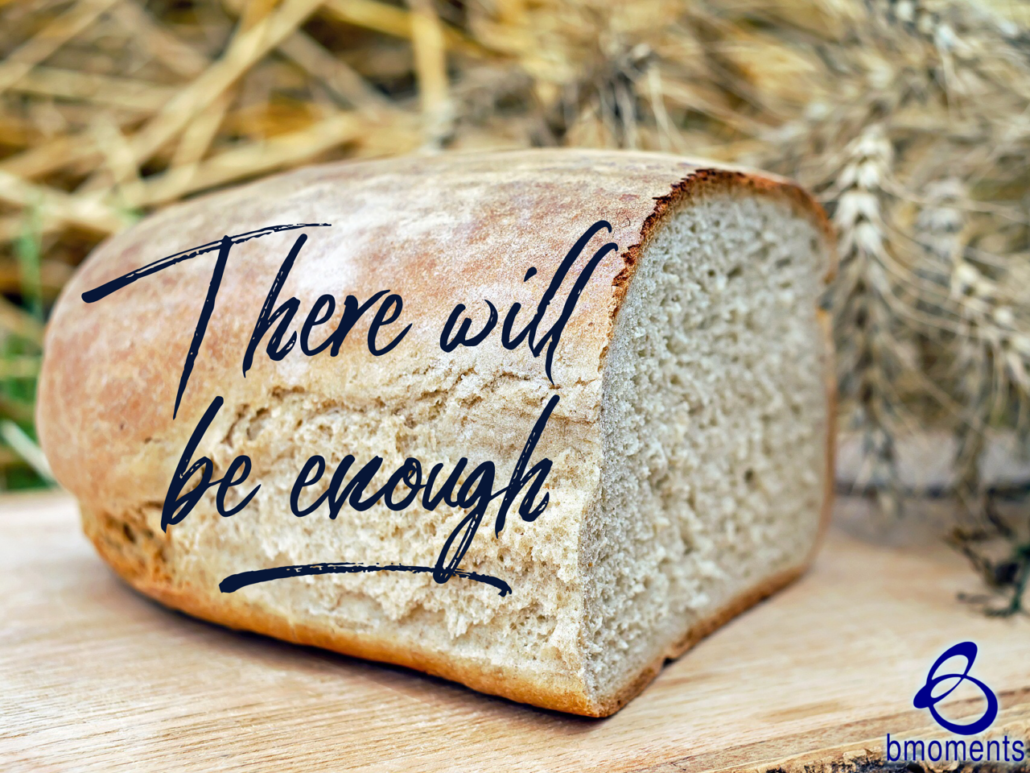 Today, I am thinking about what it’s like to worry if there will be enough.

In this series, we’ve been talking about the many ways God will comfort you. One way is that God will hear your prayer and respond to it immediately.

But what happens when God’s response is not so immediate, and you’re enduring challenging times? This is what happened to the widow the prophet Elijah visited.

At the time of his visit, there was a serious drought going on. Yet when he initially greeted the widow, he asked her for a cup of water, then nonchalantly added that he also wanted a bite of bread.

The widow did what a logical person would do. She assessed the ingredients she had to make the bread and realized there wasn’t enough.

Elijah stopped her in her tracks and blessed her with three important words: don’t be afraid. This is key. When we doubt if there will be enough, the next feeling is often fear.

Instead, Elijah told her to cook that last meal, but to bake him a loaf of bread first, saying that the Lord of Israel said there would always be plenty of flour and oil left in her containers until the drought was no more.

As you decontaminate your situation by releasing your fear, remember these words: “I sought the Lord and He answered me; He delivered me from all my fears.” Psalm 34:4 (NIV)

So today, know that you have more than enough.