God Will Turn Your Simple Role into Greater 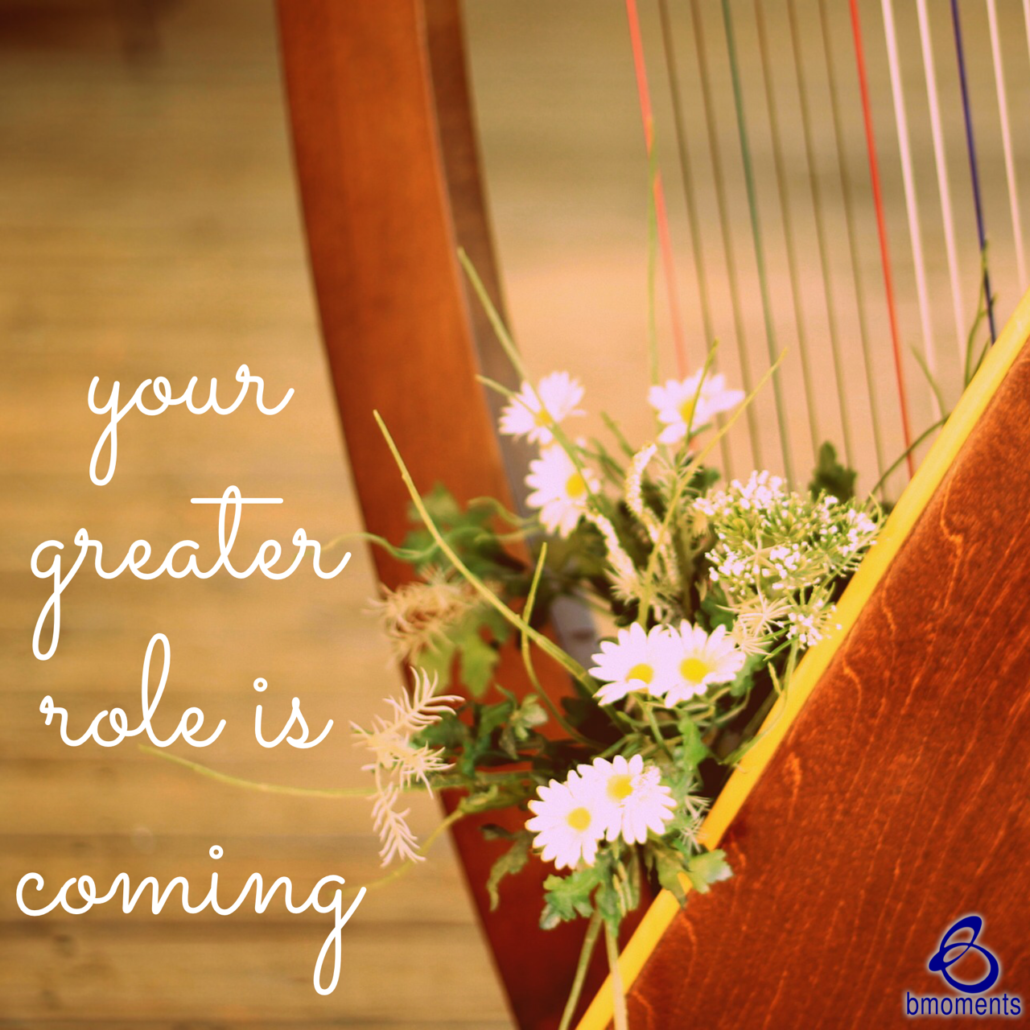 Today, I am thinking about how God can take a simple role and position you with it for greater.

Recently, we’ve been talking about how King Saul had fallen out of grace with God. Soon thereafter, God chose David as the new anointed one to serve as king. Yet by the looks of David’s life and the various roles he played, one may not see him as a king.

For example, David often played the harp for Saul. As the spirit of the Lord left Saul, Saul went into bouts of deep depression, and David was sent to play the harp for Saul to soothe his mind.

However, one day David’s father sent David to the battlefield to bring lunch to his brothers. It was this moment and all of those moments that seemed so simple that positioned David perfectly for one of the greatest accomplishments of his life: defeating Goliath.

So, although you might feel like you’re in a simple role that’s not necessarily leading anywhere, have faith that God is leading you to greater by clinging to my favorite Scripture, which is: “For I know the plans I have for you…plans to prosper you and not to harm you.” Jeremiah 29:11 (NIV)

So today, go forth knowing that God can take a simple role and turn it into greater.