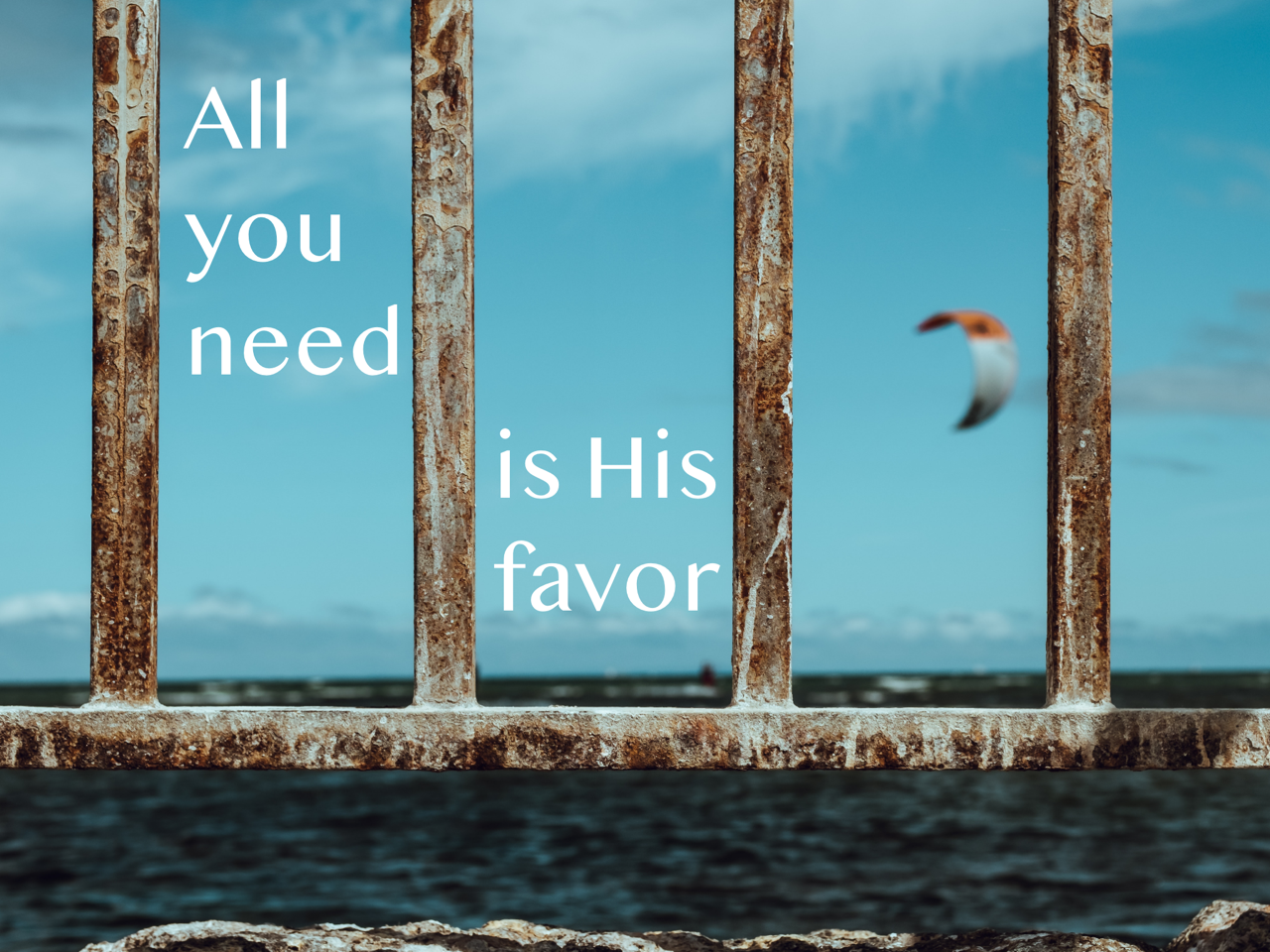 Today I want you to know that God’s gracious favor is all you need.

This truth is reflected in Paul and Silas’ story. One day, Paul and Silas were out spreading the good news when they were suddenly beaten, arrested, and jailed. To ensure they couldn’t escape from the prison, the jailer put them in the inner dungeon of the jail.

Being in the inner dungeon of a jail can make one feel like there is absolutely no way out. While I haven’t been in a jail cell before, I have felt trapped with no clear answers.

From the looks of it, Paul and Silas had no answers either. All they had was the gracious favor of their heavenly Father. Here’s how He responded.

Shortly after midnight, there was a great earthquake, and the prison was shaken at its foundation. All of the doors flew open, and the chains flew off all of the prisoners.

The jailer was deeply shaken by the whole incident. He ran down to the dungeon where Paul and Silas were being kept, then knelt before them and asked what he needed to do to be saved.

Paul responded that he needed to believe in the Lord Jesus because not only would he be saved, but his entire family would be saved too.

The jailer who had thrown Paul and Silas into the inner dungeon earlier that day came to wash their wounds later that night. Within a 24-hour period, the jailer went from castigating them to caring for them.

Remember: when you have the gracious favor of the Lord, your situation is being worked out on multiple levels. As you think about that, remember these words: “For you bless the righteous, O Lord; you cover him with favor as with a shield.” Psalm 5:12 (ESV)

So today, think His favor.