Following God’s Word One Day and Others’ the Next 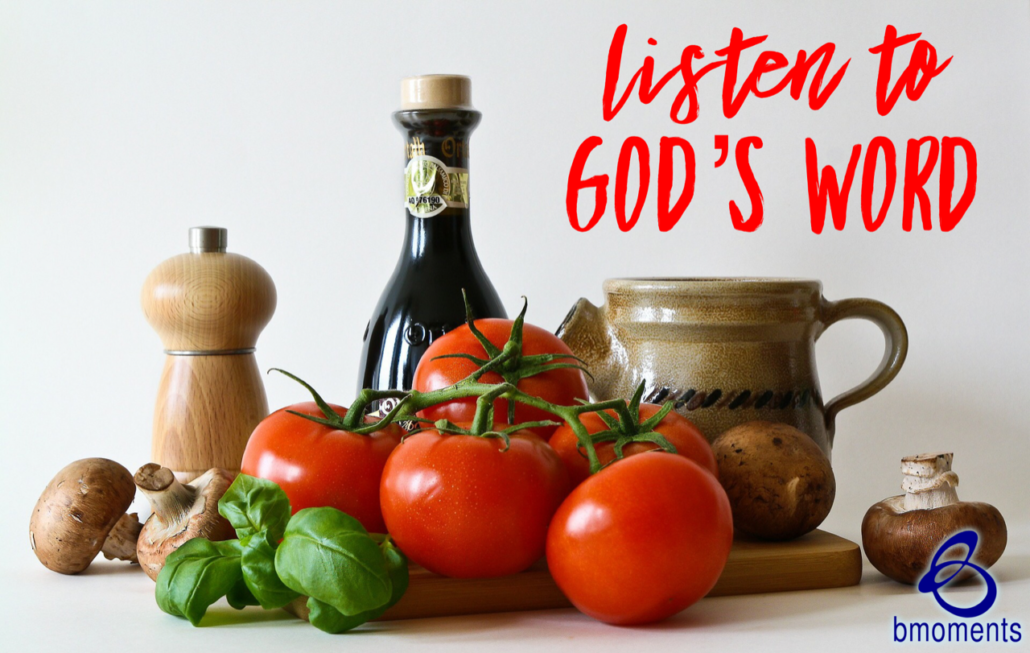 Today, I am thinking about the importance of listening to God over others.

I had this thought as I was reading about a prophet to whom God had given a set of specific instructions. In the story, the man of God appeared before a king and warned him that the altar that he had set up to worship pagan gods would be split in two.

The king became furious with the man for making this prediction and began shouting and pointing his finger at him. Instantly, the king’s hand became paralyzed.

The king begged the prophet to appeal to God to heal his hand. The man honored the king’s request and his hand was healed. The king then apologized and said, “Would you please return to the palace with me? I will give you something to eat and present you with a special gift.”

However, God had instructed the man not to eat or drink any food from this particular town. So, that’s exactly what the prophet told the king. He said, “I can’t go with you because I can’t eat any of your food.” So in this instance, the prophet stood his ground.

Yet there was an old man who heard about how this prophet had restored the king’s hand. He too invited the prophet to come and eat with him.

Initially, the prophet declined and told him all about God’s instructions. But the man lied to him, saying that he too was a prophet and that an angel had appeared to him and said that it was okay for him to eat and drink. The prophet gave in, followed the false prophet, and ended up losing his life.

This is a very important lesson: God’s word is solid and it is all we have to stand on. To remember that, cling to these words: “…Blessed rather are those who hear the word of God and keep it!” Luke 11:28 (ESV)

So today, listen to God’s word.