Your Minority Is the Majority with God 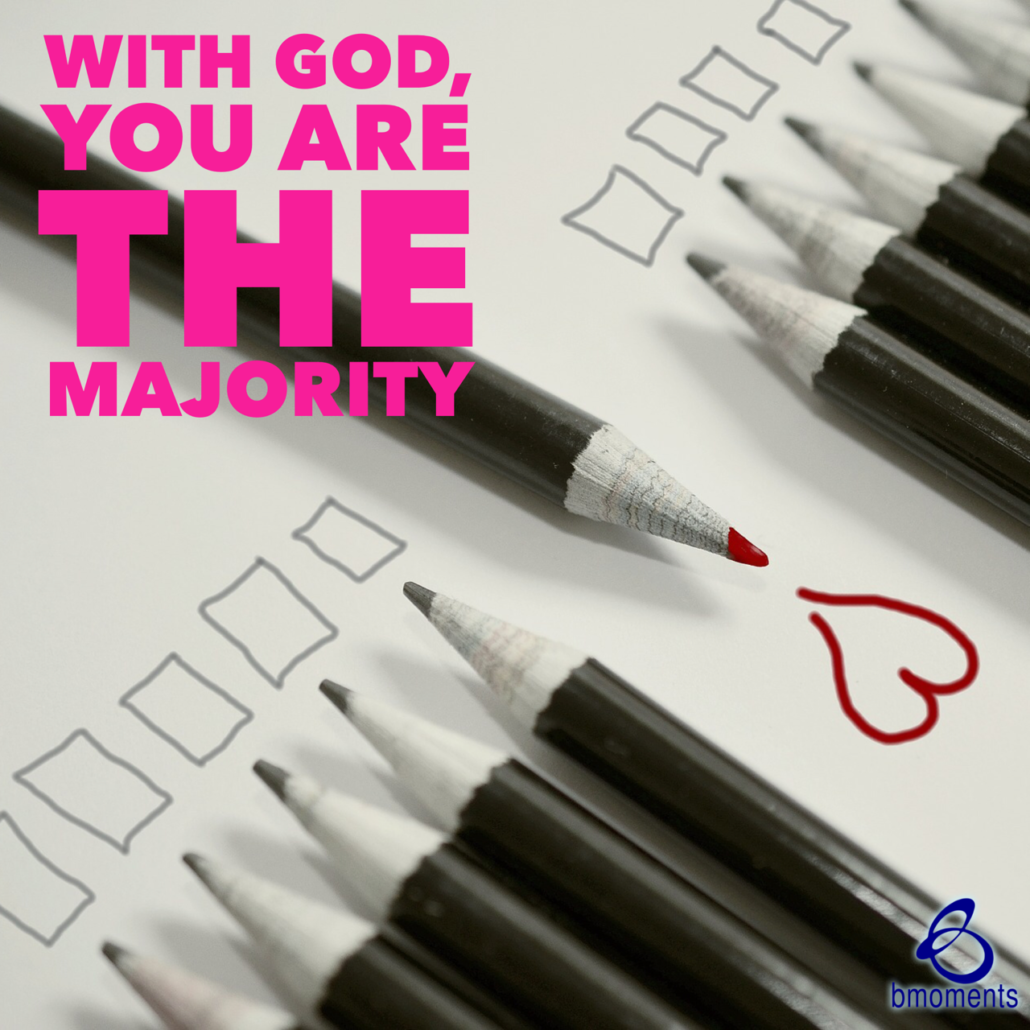 Today, I am thinking about what it feels like to be in the minority.

When you’re in the minority for a belief, it can be frustrating that most of those around you believe one thing and you believe another. You might even expend a lot of energy trying to convince them to see things your way.

I thought about this when I read about Moses, who sent out twelve spies to survey the Promised Land. After forty days of investigating the land, ten of the spies returned to tell him that the land itself was good, but there was absolutely no way they could overcome the people who occupied the land.

However, the last two spies were Joshua and Caleb, and they saw things very differently. They put more stock in God’s promise and less in what they saw with their natural eyes. In other words, they saw that the Amalekites, who lived in the Promised Land at the time, were giants, but they also knew that, in God’s strength, they could defeat those giants.

Yet Joshua and Caleb were definitely in the minority.

Sometimes I need to be encouraged when I’m steadily trying to remind those around me to see things differently. One thing that helps me cling to my belief is a saying I heard once and never forgot. It goes, “Keep your faith because one with God is, in fact, a majority.”

Remember that saying as you cling to these few words: “But many who are first will be last, and the last first.” Mark 10:31 (NKJV)

So today, know that your minority is really a majority.