Do Not Let Their Smallness Unravel You 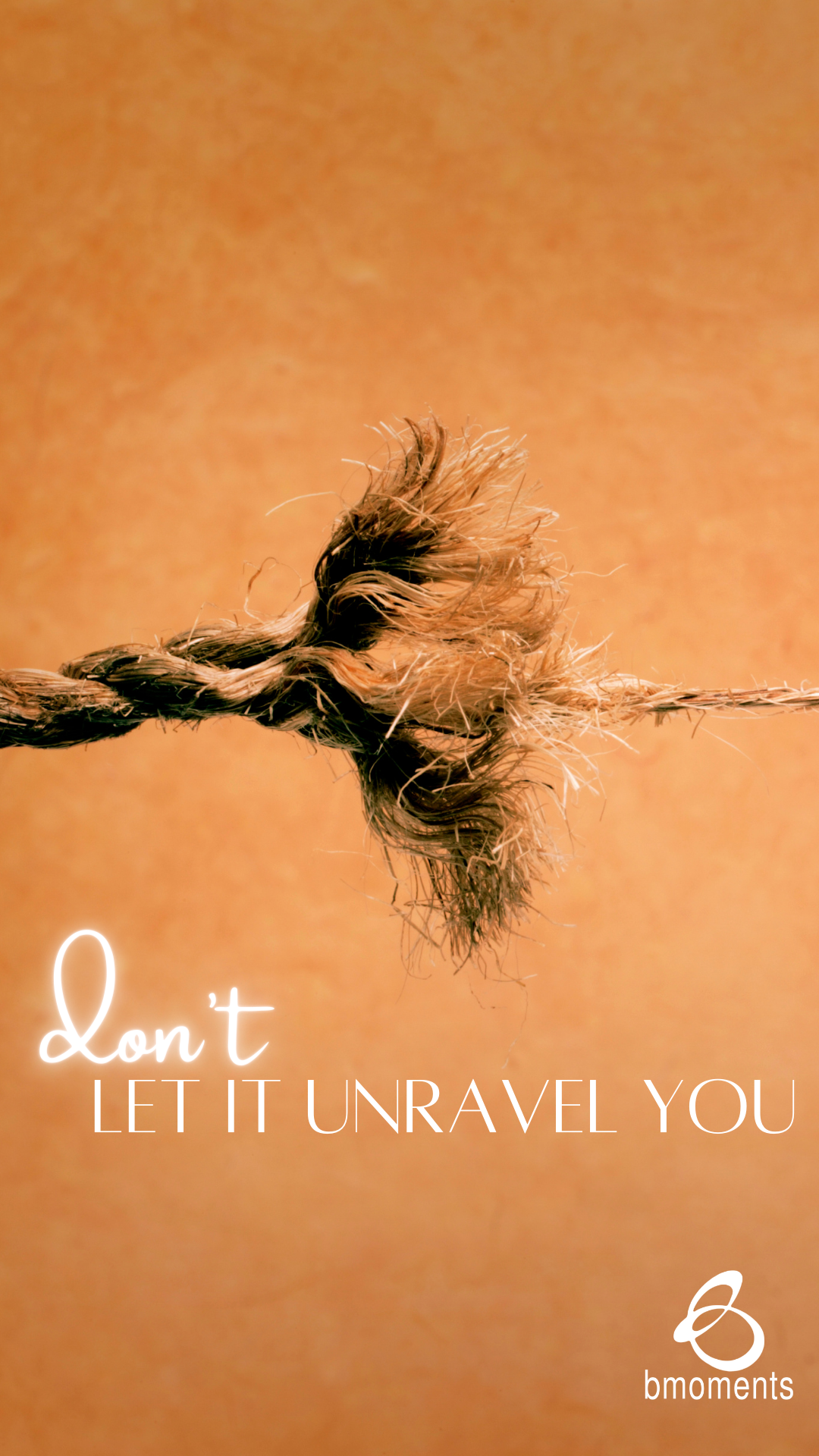 Today, I am encouraging you: do not let their smallness unravel you.

During the holidays, we can come in contact with certain family members we don’t normally see and who can sometimes rub us the wrong way. Stay strong, be encouraged, and do not let their small acts unravel you.

When I turn to the Scriptures, I recall how David ultimately responded to Nabal. One day, David sent a message to Nabal, who was a rich man who lived near the village of Carmel.

First, David opened his message by wishing Nabal peace and prosperity. Then, he went on to say that he and his men had stayed among Nabal’s shepherds, never harming any of them or stealing anything. In a sense, David was asking Nabal to reciprocate this kindness by offering his men food and water.

Yet when Nabal received David’s message, he was in a drunken stupor and referred to David and his men as a band of outlaws. Needless to say, these were fighting words to David. Therefore, David instructed his men to get their swords immediately.

However, Nabal’s wife, Abigail, soon became aware of the situation. She immediately brought David and his men what they had asked for and apologized profusely for her husband. Asking David not to pay any attention to him, she said that Nabal was a fool, just as his name suggested.

Most importantly, Abigail told David that he should not allow the situation to become a blemish on his record when the Lord made him leader of Israel. David listened to Abigail and decided to not let Nabal’s smallness unravel him.

As you think about that, remember these words: “A fool gives full vent to his spirit, but a wise man quietly holds it back.” Proverbs 29:11 (ESV)