Remember the Cost of a Divided Heart 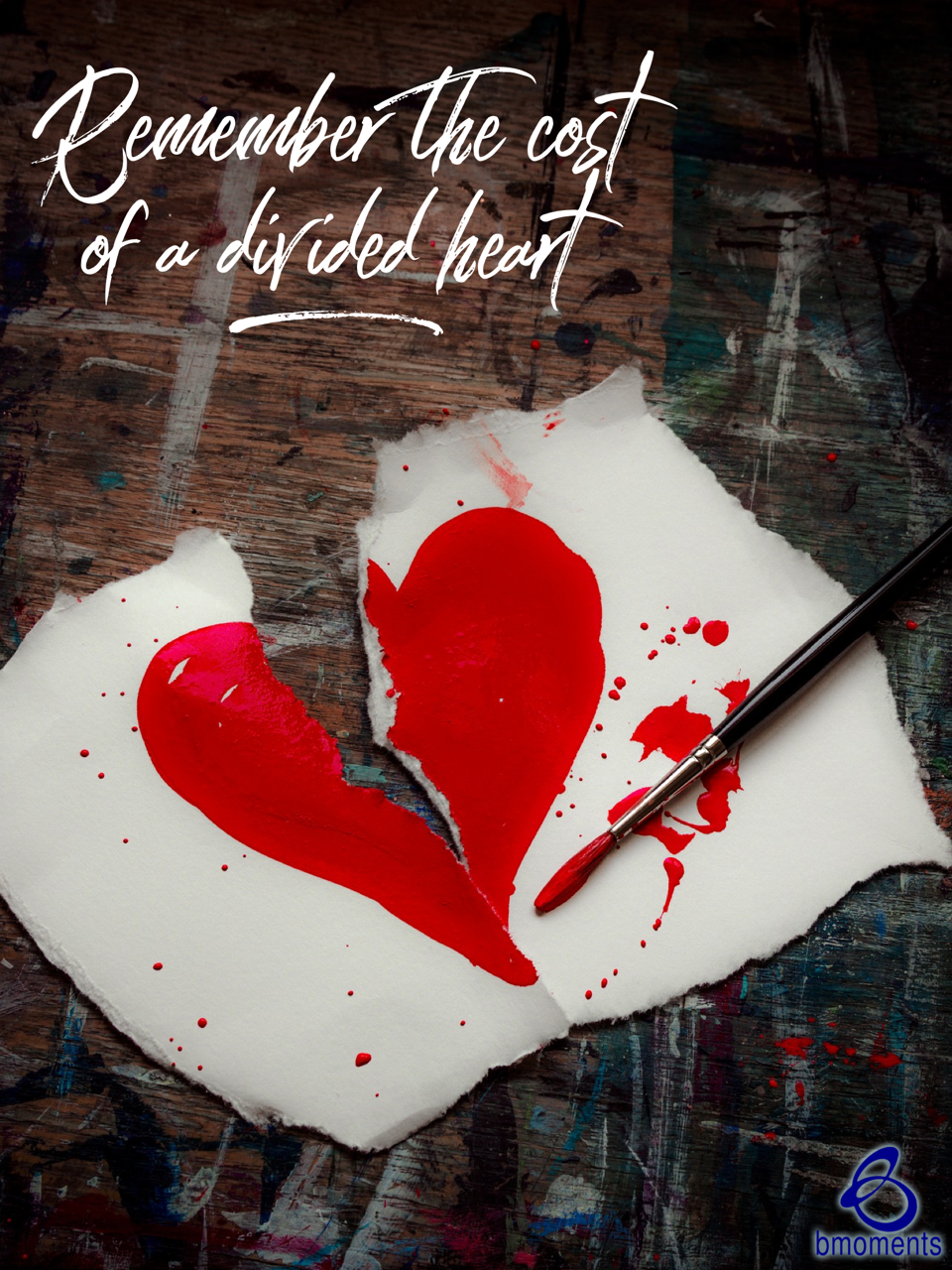 Today I want you to be aware of the cost of a divided heart.

Recently we talked about Solomon’s insatiable desire for wealth and material possessions. He took on a mindset that he needed just one more wife, just one more chariot. This led him to have 700 wives and 1,400 chariots.

We know that Solomon had a weakness for women, which led him to marry many foreign women. God warned Solomon about this because the foreign women worshiped other gods.

Initially, Solomon built little shrines for his wives so they could burn their incense and make sacrifices to their gods. Yet before long, Solomon joined his wives in worshiping these other gods.

This ultimately led to Solomon’s undoing. Evil gained a foothold into his heart, which caused his wholehearted love for God to become divided. He worshiped his heavenly Father one day and the earthly gods the next.

Is your heart conflicted today? Are you doing what God asked you to do one day and doing what you desire the next? As you think about that, hold onto these words: “No servant can serve two masters, for either he will hate the one and love the other, or he will be devoted to the one and despise the other.” Luke 16:13 (ESV)

So today, trust Him wholeheartedly.