Struggling to Trust God in the Meantime 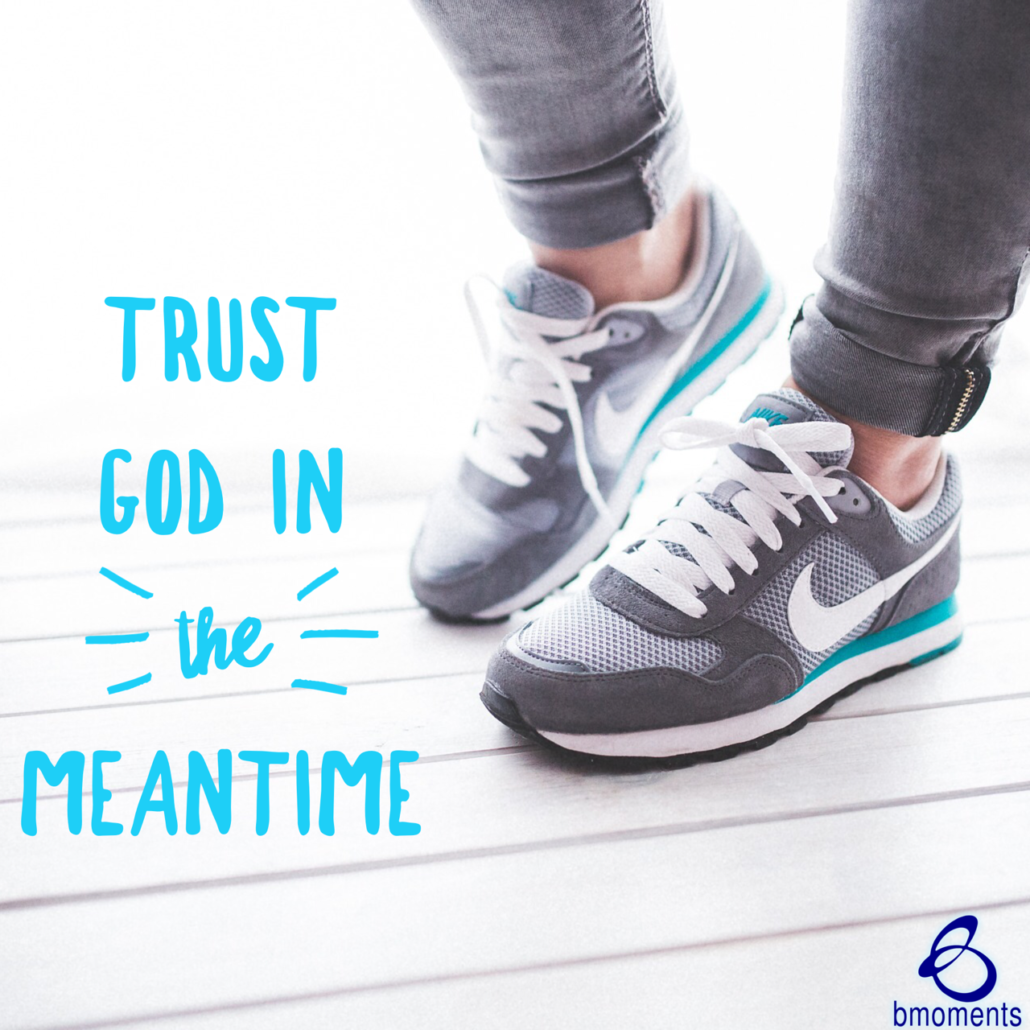 Today, I am thinking about why we should trust God in the meantime.

In this series, we’re addressing our inner child, which can sometimes feel like I want what I want when I want it. Sometimes, I think about the Nike Just Do It ad and I ask God, “Will you just do it already, please?” In other words, will you just answer my prayer or resolve my current dilemma now rather than later?

However, when I become too mired in the outcome, I forget that God is always at work on my behalf; I just have to trust Him in the meantime.

For example, it’s likely David felt he had entered a new season after he defeated Goliath. But soon after that victory, David had to deal with a jealous Saul, who kept him on the run for years.

After Saul was killed, David must have believed it was his time. Yet he then had to deal with Saul’s sons who felt they were entitled to the throne, entering into a bloody battle with them for another seven years.

In the end, we know that finally, at God’s appointed time, David did take the throne. Yet more importantly, David showed us how to act in the meantime until the scales of justice shift in our favor. As you think about that, remember these words: “And let us not grow weary of doing good, for in due season we will reap, if we do not give up.” Galatians 6:9 (ESV)

So today, be patient and trust God in the meantime.